Dealing With the Vitriol Besides this you know the time, that the hour has come for you to wake from sleep. For salvation is nearer to us now than when we first believed. The night is far gone; the day is at hand. So then let us cast off the works of darkness and put on the armor of light.
Romans 13:11-12 ESV

Conduct yourselves with wisdom toward outsiders, making the most of the opportunities. Let your speech always be gracious, seasoned with salt, so that you may know how you should answer everyone. Colossians 4:5-6 NET Bible

A sister/friend recently reached out to me, asking for prayer. She explained to me that she had to address some close family tension that had been building for a few weeks. She mentioned that the family member, who is a believer, was incapable of seeing things happening in America, specifically the Black Lives Matter and police reform protests, through the lens of Christ. She described the situation as “yucky.”

Instead of just praying, I called her and got some details so I could make my prayer specific — and then we prayed together.

Once we finished talking, I thought about some things I had mentioned to another sister/friend days earlier about the social unrest in America. 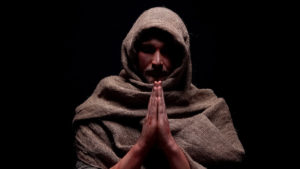 I told her when Adam and Eve sinned in the garden of Eden, they didn’t just cause death, but also turned over the reins of the earth that God had given to mankind to Satan. Something I heard years ago stated Adam and Eve committed high treason. That’s why Satan is called the god of this world.

But even if our gospel is veiled, it is veiled only to those who are perishing, among whom the god of this age has blinded the minds of those who do not believe so they would not see the light of the glorious gospel of Christ, who is the image of God. 2 Corinthians 4:3-4 NET Bible

I will not speak with you much longer, for the ruler of this world is coming. He has no power over me, … John 14:30 NET Bible

I also told her this entire world system, which is hostile to God, is in Satan’s control. And therefore, what’s happening has satanic origin.

We know that everyone fathered by God does not sin, but God protects the one he has fathered, and the evil one cannot touch him. We know that we are from God, and the whole world lies in the power of the evil one. 1 John 5:18-19 NET Bible

Another translation says, “… the whole world lies under the sway of the wicked one.” (NKJV)

Furthermore, even the wisdom of this world is demonic because it derives from self-centeredness.

Who is wise and understanding among you? Let him show by good conduct that his works are done in the meekness of wisdom. But if you have bitter envy and self-seeking in your hearts, do not boast and lie against the truth. This wisdom does not descend from above, but is earthly, sensual, demonic. For where envy and self-seeking exist, confusion and every evil thing are there. But the wisdom that is from above is first pure, then peaceable, gentle, willing to yield, full of mercy and good fruits, without partiality and without hypocrisy. Now the fruit of righteousness is sown in peace by those who make peace. James 3:13-18 NET Bible

I also mentioned to her that one of the reasons Jesus came was to undo what Satan had done.

So even though we are In Christ, we live in enemy territory, which is precisely why Paul urged the Ephesians (and all believers) to put on the whole armor of God.

Finally, be strengthened in the Lord and in the strength of his power. Clothe yourselves with the full armor of God, so that you will be able to stand against the schemes of the devil. For our struggle is not against flesh and blood, but against the rulers, against the powers, against the world rulers of this darkness, against the spiritual forces of evil in the heavens. For this reason, take up the full armor of God so that you may be able to stand your ground on the evil day, and having done everything, to stand. Stand firm therefore, by fastening the belt of truth around your waist, by putting on the breastplate of righteousness, by fitting your feet with the preparation that comes from the good news of peace, and in all of this, by taking up the shield of faith with which you can extinguish all the flaming arrows of the evil one. And take the helmet of salvation and the sword of the Spirit (which is the word of God). With every prayer and petition, pray at all times in the Spirit, and to this end be alert, with all perseverance and petitions for all the saints. Ephesians 6:10-18 NET Bible

The word translated “clothe” means put it on and never take it off because once we are in Christ we become engaged in spiritual warfare. As a preacher once told me, “You ain’t seen the devil until you get saved.”

For though we live as human beings, we do not wage war according to human standards, for the weapons of our warfare are not human weapons, but are made powerful by God for tearing down strongholds. We tear down arguments and every arrogant obstacle that is raised up against the knowledge of God, and we take every thought captive to make it obey Christ. We are also ready to punish every act of disobedience, whenever your obedience is complete. 2 Corinthians 10:3-6 NET Bible

Therefore, we shouldn’t view people as our enemies, but as captives of the Enemy.

And the Lord’s slave must not engage in heated disputes but be kind toward all, an apt teacher, patient, correcting opponents with gentleness. Perhaps God will grant them repentance and then knowledge of the truth and they will come to their senses and escape the devil’s trap where they are held captive to do his will. 2 Timothy 2:24-26 NET Bible

Finally, remember that the battle belongs to the Lord, something David said when he faced Goliath.

But David replied to the Philistine, “You are coming against me with sword and spear and javelin. But I am coming against you in the name of the Lord of Heaven’s Armies, the God of Israel’s armies, whom you have defied! This very day the Lord will deliver you into my hand. I will strike you down and cut off your head. This day I will give the corpses of the Philistine army to the birds of the sky and the wild animals of the land. Then all the land will realize that Israel has a God, and all this assembly will know that it is not by sword or spear that the Lord saves! For the battle is the Lord’s, and he will deliver you into our hand.” 1 Samuel 17:45-47 NET Bible

The Psalmist declared that our King is mighty in battle.

Since the Lord fights our battle, we are assured victory!

I have told you these things so that in me you may have peace. In the world you have trouble and suffering, but take courage—I have conquered the world. John 16:33 NET Bible

Prayer: Father God, let us always be aware that because we belong to you we are in a spiritual battle as we journey through the enemy’s territory, but you fight our battles for us and the victory has already been won because of Jesus’ sacrificial death. In His powerful name we pray, Amen!

Suggested hymns: A Mighty Fortress Is Our God; Desert Song.

I am a reporter's reporter who can handle any kind of journalistic assignment, even those not related to sports. I am also a good copy editor who edits all types of writers, including manuscripts for books. My objective is to put my wealth of communication experience to use wherever possible, including teaching others in this information age.