★ Back to the Basics – Does God Play Favorites? ★ 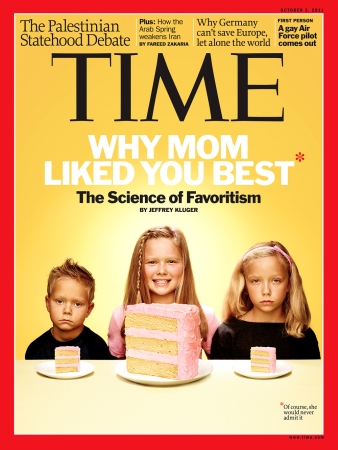 In preparation for this post I stumbled onto this TIME Magazine Cover with this Tagline: “Why Mom Liked You Most” which I think many people could resonate with.  I know I always thought my brother and sister got the biggest slice of cake!  Hahaha!  In the post called ★ Thought for the Day – The Family Juggernaut ★ we talked about how our family of origin can have a serious effect on who we become.  I’d highly recommend you read it first because today’s Thought will build upon that foundation.  In the post I shared how my Family Juggernaut played a significant role in my development and that it was wrecked by neglect, alcoholism, drug use, adultery, verbal and physical abuse, all by the time I reached 5 years old!  Fast forward 41 years to April 2016, the day after my mom’s funeral when my brother and I had a conversation that would change the trajectory of our lives. But before I delve into that, I wanted to talk some more about Jesus’ Family Situation that we discussed in The Family Juggernaut post.  Last time we examined how Jesus’ brothers did not believe He was the Messiah and what that must have been like for Jesus to not have their support.  Today I want to look at the issues between Jesus and his brothers from their perspective.  I was watching this video clip from Michael Jr. called “What if you were a younger sibling of Jesus?” and almost died laughing.

It’s a hysterical parody on what it might have been like for James to live with the Savior of the World and grow up as Jesus’ little brother.  Michael Jr. jested that:

“James had problems.  He would go to his parents and you know what they’d say…‘What would Jesus do?’  Then they gave him a bracelet.” 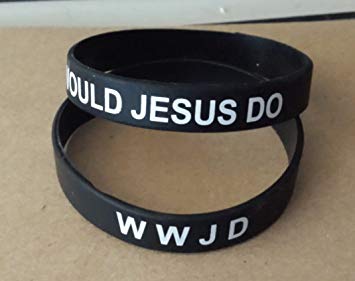 Hahaha!  Now I did not grow up with the Messiah, but I am all too familiar with growing up in my big brother’s shadow.  He was always the life of the party, the one that was the center of attention.  Now I may be dating myself here, but have you ever seen the TV show “Everybody Loves Raymond?”  Although Raymond was the younger sibling, the comparison is identical to how I felt growing up, that my brother was center of our family just like Raymond was the center of the show.  But in that conversation with my brother I discovered how wrong my perspective was. Though I believed that he was Raymond and everybody’s favorite, he believed that the opposite was true!  His view of our family dynamic was that I was the favored son of our mother. Guess sibling rivalry is alive and well.  But that fateful day just a little over 2 years ago changed our relationship forever!  I am reminded of a quote from Steven Furtick’s book “Crash the Chatterbox”:

“The voice you believe will determine the future you experience.” 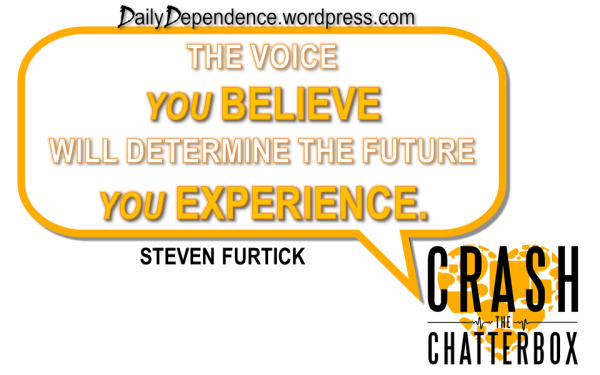 See my brother and I listened to the chatterbox (aka Satan), and completely bought into the lies that we are not worthy of our mother’s love as much as the other one was. I had preconceived notions of him and his motives, as he did of me as well.  That day though we were able to clear the air and God began a healing work through that one conversation!

It really is true what Theodore Roosevelt said:

Absolutely nothing good comes from comparing ourselves to others.  It got me thinking about how we view our relationship with our Heavenly Father…Does God play favorites? 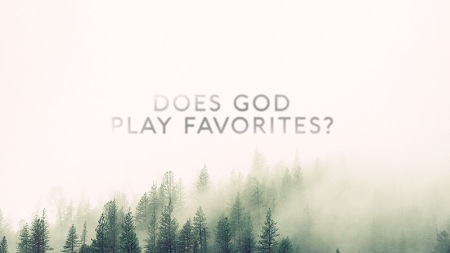 What do you think?  Do you think that He values some people over others?  Romans 2:9-11 (NLT) gives some insight…

“9 There will be trouble and calamity for everyone who keeps on doing what is evil—for the Jew first and also for the Gentile.

10 But there will be glory and honor and peace from God for all who do good—for the Jew first and also for the Gentile.

11 For God does not show favoritism.”

Does this seem to be an oxymoron?  How does verse 11 go with verses 9 and 10 when Paul says “for the Jew first and also for the Gentile?”  At first I thought it was showing favoritism that the Jews were over the Gentles but I learned a valuable lesson after I sent this question to my Pastor and some buddies.  You cannot “a la carte” the Bible.  It is very dangerous to grab 2 or 3 verses and develop a belief system from a small passage.  Context is everything!  My pastor responded back with this great insight…

“After doing a little looking at the text.  Romans 2:1-16 is speaking of Gods judgment.  The statement “first for the Jew…then to the Gentile…” is not meant to imply a special consideration or favoritism.  But rather in light of God’s standard of impartiality, it emphasizes that the ENTIRE human race is dealt with by God.  In the way of His judgement both Jew and Greek (all humans) will be dealt with and there will be no favoritism shown.  The Jew would have thought that God may not have judgment on them…the same as everyone else because of they were much more “religious”.  But God is not partial in His judgment…all will be judged equally according to His Word.”

A light bulb went off for me when I read that because I know that God loves all people and that “He does not want anyone to be destroyed, but wants everyone to repent,” (see 2 Peter 3:8-10,) 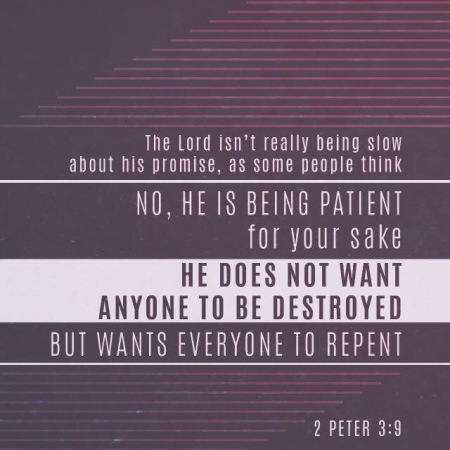 and be with Him in heaven for all eternity.  So if we go back to verse 11, it cannot be any clearer… “For God does not show favoritism.”  Besides not picking and choosing a couple of scriptures to form an opinion from, I also was reminded that before I start down a “rabbit trail” of thought, I must look at the Bible in totality – BOTH Old and New Testament to see what the entire book has to say.  I recently heard Robert Morris say:

That author of course being God Almighty, creator of Heaven and Earth!  So let’s do some bible drilling…

“For the Lord your God is the God of gods and Lord of lords.  He is the great God, the mighty and awesome God, who shows no partiality and cannot be bribed.”

God is supreme above all and has no favorites, nor can He be swayed by anything we may say or do or how much we give to the church.  We cannot buy God’s love or our way into Heaven.  Another Old Testament passage comes from Job 34:19 (NKJV) which is especially poignant as the man Job who was referred to by God as “blameless—a man of complete integrity who feared God and stayed away from evil” (see Job 1:1); BUT yet he went through unbelievable trials.  In verse 19 in speaking about God’s character, Job said:

“Yet He is not partial to princes,
Nor does He regard the rich more than the poor;
For they are all the work of His hands.”

“Then Peter replied, “I see very clearly that God shows no favoritism.  In every nation He accepts those who fear Him and do what is right.  This is the message of Good News for the people of Israel—that there is peace with God through Jesus Christ, who is Lord of all.” 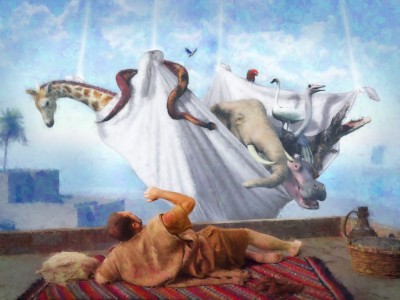 This was a turning point for Peter as Acts 10:9-33 records, he was given (3) visions from God about eating animals that up until that time, the Jewish people held as unclean and taboo to eat.  This was God’s way of telling Peter that the Gentiles (or non-Jews) were worthy to receive the Gospel and that he was to go and minister to a Gentile man named Cornelius.  And in fact the Gentiles received the Holy Spirit for the first time (see Acts 10:37-48).  The Jews were the first to have faith in the One True God, the Gentiles are like the second born into the family to receive salvation.  The Apostle Paul reminds us in Titus 2:11 (NLT),

“For the grace of God has been revealed, bringing salvation to all people.” 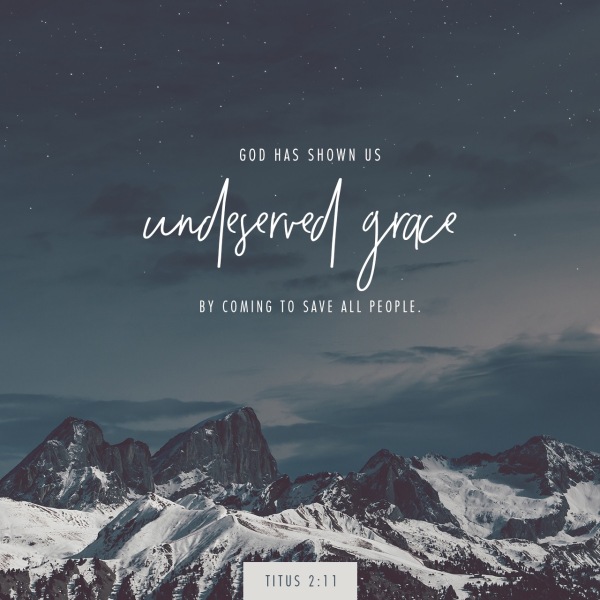 Unlike how my brother and I viewed each other, God is very clear all through the Bible that we are all worthy to receive the undeserved grace of God.  I told you at the beginning of this post that the trajectory of my relationship with my brother was changed by that one conversation.  God not only healed the hard feelings we held towards each other due to perceived favoritism, but we have grown closer together even though 1,069 miles separate us.  I shared in the post ★ Thought for the Day – Community That Matters ★ that I host bible studies in my house in Texas, Monday through Friday at 5:00 AM.  Since June of this year after my brother and his family visited and attended those studies, he has continued to participate in the bible studies through the use of technology, joining remotely multiple times a week from North Carolina!  And through that time, God is working a miracle in our relationship to eradicate the damage that the devil did over the past 20 years!  I will close with a passage that my brother and I recently read together from Romans 10:9-13 (NLT):

As the Scriptures tell us, ‘Anyone who trusts in Him will never be disgraced.’  Jew and Gentile are the same in this respect.  They have the same Lord, who gives generously to all who call on Him.  For ‘Everyone who calls on the name of the Lord will be saved.’”

I want to encourage you to do an honest self-evaluation about your relationships.  Are you like me, that you have a strained relationship with a brother, or another family member or friend?  Then reconcile it today!  You will not regret it!  I cannot tell you how blessed I feel that after being distant from my brother for so long, today we are closer than ever!  And secondly, if you are far from God, or never accepted Jesus, go back to Romans 10:9-13 confess that Jesus is Lord of your life and accept the free gift of grace that is available to everyone!

If you want to dig in deeper, check out:

★ Thought for the Day – Is There Such a Thing As a Free Lunch? ★

If you are enjoying these posts from Daily Dependence, you can follow their blog by going to dailydependence.wordpress.com and hitting the “Follow” button to receive blogs delivered to your inbox so you never miss a post! 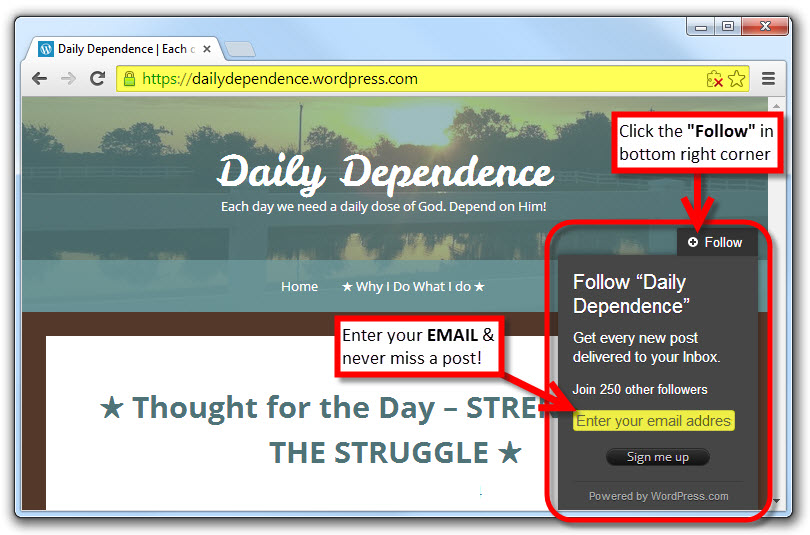